Skip to Content
Home / Health / What Is Medical Marijuana Used For? There are several different purposes of medical marijuana. Most commonly, it is used as a pain-relief treatment. While it is not a substitute for opiates, it is a highly effective alternative. Patients can resume normal activities without feeling the sedation that many opiate drugs have. Chronic pain, or non-specific aches and pains, can be relieved by the use of marijuana.

The use of marijuana has also been used to treat a variety of other medical conditions. It is not as common as you might think. If you’re not sure if it is right for you, consult a doctor before trying it.

Cannabinoids Have Been Proven To Have Medicinal Properties

Although cannabis is still illegal in the United States, cannabinoids have been proven to have medicinal properties. Cannabinoids, such as CBD, are similar to the substances our bodies produce. The active chemicals in marijuana are called cannabinoids. They can be used for a variety of conditions. Most commonly, medical marijuana is used to treat pain. It can be prescribed for various medical conditions.

Medical Marijuana Can Be Used To Treat Glaucoma, AIDS And PTSD

It has also been approved to treat glaucoma and AIDS. It is highly effective in the treatment of PTSD in veterans. In fact, many patients have reported drastic improvements after taking marijuana. The governmental restrictions on the use of marijuana are being lifted as more studies are performed on the effects of marijuana on PTSD. Other uses of the drug include treating HIV, irritable bowel syndrome, and Crohn’s disease.

The potential medicinal benefits of marijuana have long been the subject of heated debate. However, studies have shown that cannabinoids derived from marijuana can benefit patients with certain illnesses and conditions. THC-based medications, such as Marinol (Marinol), nabilone (Cesamet), and dronabinol (Cannabidiol), have been approved by the U.S. Food and Drug Administration. These medications are commonly prescribed to alleviate symptoms of cancer chemotherapy and stimulate appetite in AIDS patients.

Helps Control Seizures In People With Two Types Of Epilepsy

The drug has also been approved to treat seizures in people with two types of epilepsy, including Dravet syndrome. It has been found to improve patients’ appetite, which is important for AIDS patients, cancer patients, and wasting disease patients. There are other uses of marijuana, and more research is needed to confirm the benefits. Aside from treating pain, medical marijuana is used to treat other conditions as well.

Despite the fact that it is not a cure, it does help in a number of other ways. It has also been used for pain relief, preventing seizures, and easing a wide range of physical and psychological conditions. There are a number of governmental laws regarding the use of medical marijuana. However in some States, patients are allowed to grow cannabis indica seeds at home. The FDA has only approved medical marijuana for two rare forms of epilepsy, but this is growing rapidly.

It Is Most Commonly Prescribed For Patients With Chronic Conditions

It has been used for various purposes. It is most commonly prescribed for patients with chronic conditions and is used to ease the symptoms of many diseases. It is also used to relieve pain, reduce stress, and ease the symptoms of glaucoma. It is a natural remedy for glaucoma and a popular choice for a number of people. If you have any of these ailments, marijuana can help.

There are many other uses for medical marijuana. It has been approved to treat glaucoma, PTSD, and MS. It has also been proven to be effective in reducing nausea and vomiting in patients with gastrointestinal disorders. The FDA is currently relaxing regulations imposed on the use of medical marijuana. As long as medical cannabis is properly tested and prescribed, it will not cause any adverse reactions. If you suffer from a condition or are suffering from a chronic illness, marijuana may be beneficial in the treatment

There is a lack of research on medical marijuana and its effectiveness in treating a range of ailments. It has also been found to be an effective treatment for a number of other conditions. Some jurisdictions have legalized the use of medical marijuana for a variety of illnesses. Synthetic marijuana, on the other hand, is a popular option that provides similar benefits without causing the drug high. If it’s legal in your state, it may be used for the treatment of specific health conditions. 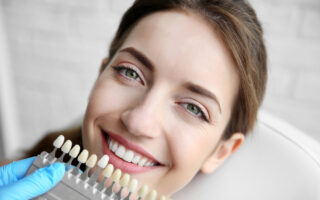 Things to Keep in Mind About Cosmetic Dental Procedures 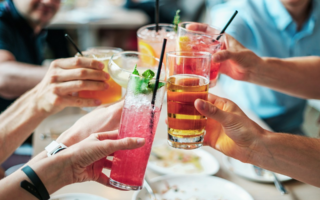 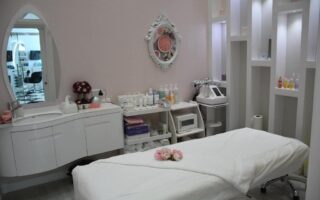 Launch Your Beauty Institute With The Beauty Cavitation Device